Historically China is attributed several martial arts in Asia, the archipelago of Okinawa to have developed karate and Japan to have systematized and developed Karate-do. Internationally karate was developed first in the United States when returning soldiers had learned karate during the occupation of Japan. In Europe, the first karate clubs were opened in France. 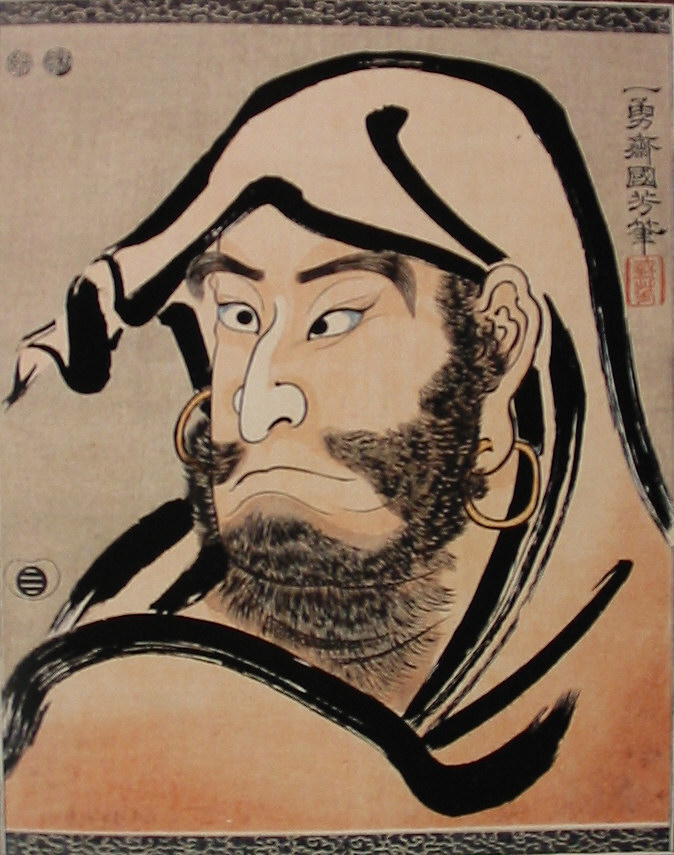 The origin of Karate

Although the origin of Karate is not clear most sources mean that karate has its roots from the late 400’s when the Buddhist monk Bodhidharma (PICTURE), known in China as Ta-MO and in Japan Taishi Daruma, wandered from India to China where he began teaching yoga and combined this with an Indian martial systems for the monks at the Shaolin temple (Shorin-ji) in Hunan Province. To strengthen the monks’ physical and mental endurance Bodhidharma developed a training method which was quickly accepted by the monks in the temple. This training included several combat techniques which are also found in some forms of karate today. The monks of the Shaolin Temple became famous throughout China for their sustained exercise and courage and was called “warrior monks”. Bodhidharma’s teachings later became the basis for a number of Chinese kung fu styles.

These martial arts came in the 13TH century to the archipelago of Okinawa when Chinese immigrants settled there. They shared their knowledge of martial arts to the people of Okinawa and a system was developed that was called Okinawa Te (Te = hand).

In 1609 Okinawa was invaded by Shimazu clan in Japan. It forbade all residents from owe or carry weapons, which led to that he development of the battle system without weapons improved. Secretly developed over centuries of karate forms, especially in the three cities: Nara, Shuri, and Tomari. Each city developed his form of tea which was called Naha-te, Shuri-te and Tomari-te.

As these fighting systems evolved these three martial arts finally became the last two major groups: Shorei-ryu, which is practiced around the Naha area and Shorin -ryū, developed around the towns of Shuri and Tamari Shorei-ryu. 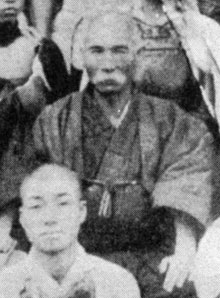 In the early 1800s the authorities on Okinawa accepted Okinawa-te as an official physical training. 1905 karate became widely accepted in Okinawa as karate master Anko Itosu (PICTURE) made sure it was introduced in Okinawa in schools at the high school. Anko Itosu developed a systematic method of teaching karate in school and created a number of kata (forms) for students. Anko Itosu may be considered the founder of modern Karate although one of his students, Gichin Funakoshi, came to be regarded as the father of modern karate.

In 1917 the student of Itosus, Gichin Funakoshi, went to Japan where he made a show of karate in Botukuden (a hall only for martial arts) in Kyoto. This was the first time karate was presented outside of Okinawa, and the show was a great success but Funakoshi returned to Okinawa. First four years later, March 6, 1921, everything changed when the Japanese Crown Prince Hirohito visited Okinawa and saw a karate demonstration by Funakoshi. Crown Prince Hirohito was impressed so he contacted the Japanese Ministry of Education, who made sure that karate had to make a show at the first national sports exhibition in Tokyo in 1922. Funakoshi was in place and his performance was so successful that he was asked to extend their stay in Tokyo. He then decided to stay in Tokyo.

The first masters in Japan

Karate quickly became popular, especially in the universities. After Funakoshi many other masters came from Okinawa to Japan to spread their forms of karate. Among them was Kenwa Mabuni (founder of Shito-ryu Karate), Chojun Miyagi (founder of Goju-Ryu Karate), Kanken Toyama (founder of Shudokan karate), Kanbun Uechi (founder of Uechi-ryu karate) and Motobu Choki. All these masters taught in their particular style so in the late 1930s, there were several different karate styles that were trained in Japan. The most famous of these was Shotokan, first under the leadership of Gichin Funakoshi (PICTURE) which was succeeded by Masatoshi Nakayama. Shito-ryu (Kenwa Mabuni), Goju-ryu (Chojun Miyagi) and Wado-ryu (Hironori Ohtsuka). In 1957 the Mas Oyama Kyokushin karate was founded. 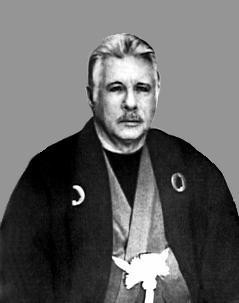